'Depicting the Invisible' at The Army & Navy Club | Washington, DC

​In 2019, Depicting The Invisible, a portrait series of veterans suffering from PTSD, received a six month exhibition at the Army & Navy Club in Washington, DC, extended by popular demand.

“The Army and Navy Club is proud to host ‘Depicting the Invisible'. Susan’s work captures the PTSD epidemic through a deeply intimate lens, instilling her veteran subjects with dignity while building empathy in all who see her work. This important exhibition brings much-needed awareness to the triumphs and challenges facing our combat veterans today; it is my hope that all who see this show will be inspired to make a difference in the veteran community.”
​- General John Altenburg, Chairman of The Army and Navy Club Library Trust.

Chairman General Altenburg and The Army & Navy Club graciously hosted the veterans depicted in the portrait series with their families at a private reception.

Opening: Saturday, February 16 from 11am to 2pm Artist Susan J. Barron's acclaimed portrait series,Depicting the Invisible : A Portrait Series of Veterans Suffering from PTSD , at The Army and Navy Club in DC (901 17 th St NW), has been extended its run indefinitely, due to popular demand. 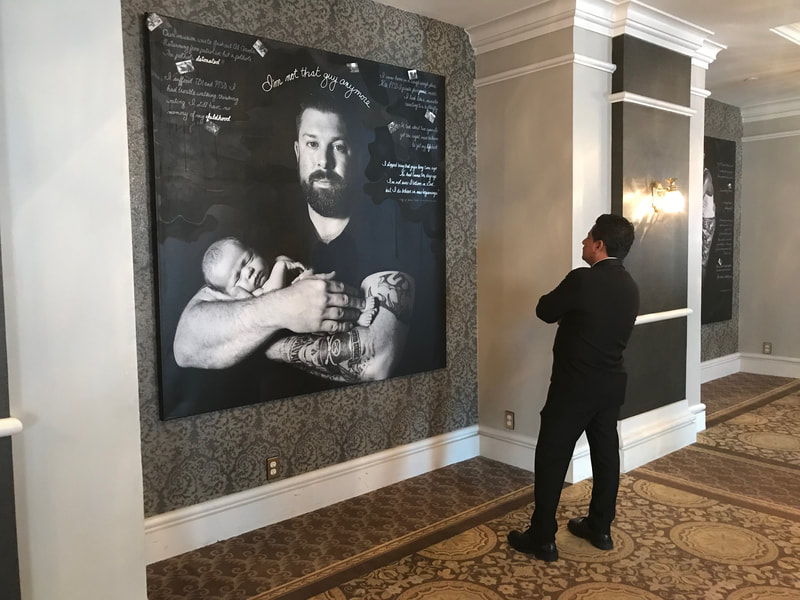